Pierre Tissier truly occupies a special place in the microcosm of car manufacturing to 6 wheels (and even more). Indeed, it is undoubtedly one of the greatest experts in the world in this field but mostly Citroën specialist with more than four wheels, the principle of its construction is based on the Citroën hydraulic technology for which it conducted an extension of the hydropneumatic suspension on several axles. He is even the pioneer in this field since he was the first to adopt this principle of transformation on the brand's double chevron cars, the purpose of which lies in a car intended for intelligent use and truly usable..

The Tissier were offered in multiple versions to meet the different needs of a demanding clientele and often passionate, looking for very specific vehicles for uses as varied as specific. Made primarily based on DS, CX et XM, Tissier the centipedes were also developed on light trucks such as C25, C35 and Jumpy, as well as on the Renault Espace !

Thanks to their intrinsic qualities, whose design is based on a solid frame and total control of the technique of hydraulic Citroen applied not only to the suspension but also the high pressure braking, the Tissier are not only vehicles ostentatious appearance with the sole aim to impress (as is the case for some ...) but extraordinary cars at incredible abilities often unsuspected ! It was actually the first to develop such vehicles based on cars, in addition to marketing purposes, and with actual loading capacity as well as road qualities peerless, before being copied with more or less success, always based on Citroën vehicles, in particular by "competitors" foreign ...

It's in 1972 Pierre Tissier had the idea to build his first centipede, a plate-door car 3 rear axles on the basis of a DS. It was then Panhard agent in Paris and looking for a fast and comfortable vehicle for conveying the used cars he delivered regularly in Spain. But no existing vehicle while on the market his expectation. He decided to build himself the vehicle he dreamed. His choice logically fell on the Citroën DS that had many strengths : front-wheel drive of course but especially the exclusive hydraulic technology for suspension, the steering and braking with power station that offered great opportunities for development, not found on any other car in the world ! He succeeds, alone, to realize his project 3 months which gave rise to a hybrid vehicle prototype consists of a front part of DS to which he adds behind a structure of its own design in the form of a tray for loading a vehicle which is based on 3 axles fitted with small wheels 10 inch. His tray DS-door car 2 doors quickly developed and thus operational for transporting cars. This "funny" gear obviously does not go unnoticed and the following year, in 1973, he received a first order for a similar model. This was the start of the fabulous adventure since Pierre Tissier created his company ADPT (The Application Process Tissier) for cars of this type built on the principle that has defined and which was the subject of filing a patent.

Very quickly, other requests are for this new kind of vehicle that interests garages and assistance companies for troubleshooting. Alongside the construction of the first DS car carrier trays, Pierre Tissier is developing in a van 6 wheels for transport of press always on the basis of which the DS and the first copies come out of the workshops 1974. DS Tissier to 6 and 8 wheels will quickly proven sustainability and efficiency.

When Citroën DS replaces the CX 1975, Pierre Tissier while studying new bodies adapted to the new Citroën premium which will be declined rapidly Bagagères and ambulances 6 wheels in various configurations as well as, over time, many other versions with unique body and / or specific while continuing course of car carrier trays construction on the same principle as that adopted in its infancy on the DS and make her famous.

The CX allow Pierre Tissier fully exploit its many ideas atypical constructions on prototypes or models marketed through thanks to favorable economic circumstances (that no longer exist today) that will attract loyal customers like the big company or ambulance Hollander, which find in Tissier centipede of benefits not found elsewhere ...

When XM succeeds the CX 1989 Citroen, Pierre Tissier continues its transformation on the basis of this new large sedan by adopting a unique body for its Bagagères and ambulances but also launches a new niche for him, the limousines (after a successful trial on the CX). Two different models will emerge, the "small" and called Highness the great bearing the name Majesty, who will each made a few copies. Some trays will also emerge.

But unfortunately XM period corresponds to a decline of the market for this type of vehicle extraordinary due to many reasons, and in particular that of the high cost of processing. The production of XM Tissier will make it much more confidential than the CX that will remain as the most iconic centipedes of Villeneuve-le-Roi builder, with DS.

Today & rsquo; hui, much of the production Tissier is still existing and essentially preserved by collectors and enthusiasts who use their(s) vehicle(s) most often occasionally but also sometimes regularly. The friendly Tissier of Automobiles, created 1999 at the manufacturer's request, active in the preservation of these exceptional Citroën. She performs many historical and technical research and the identification of many vehicles converted by Pierre Tissier and his team, to help preserve this fabulous single French automotive world heritage. It also participates in most major events Citroën in France but also abroad, always with the presence of the creator of these millipedes, so the myth persists.

Some pictures to illustrate yet Pierre Tissier.

2 Plateau helicopter door versions were built, here the CX white helicopter carrier plate 4 doors.
If you know d & rsquo; where comes this photo, write me at marc@sixmania.fr , thank you.

The famous bagagere Hollander and trailer

XM are also setting, admire the work, tray 8 wheels. Before changing the tray.

After modification of the plate

it s & rsquo; d & rsquo was; a tube holder with a flat plateau, above with large wheels and deported back wheels to allow exceeding the charges towards the & rsquo; back. The mod was re-forward rear axles to center the load and & lsquo; fold’ the tray for easy loading vehicles.

XM bagagere in Tissier workshops Villeneuve le Roi, it was built to international Higgs then repainted for resale to a particular.

I deleted Christian de Léotard's comments that were too aggressive, really sorry for the people he assaulted, I had not reread this article, I should have done it before…

I am going to do a new article entirely devoted to the SM plateau 10 wheels very soon, I will come back and put a link here.

A small series of photos taken by Benedict Dujardin at the rally for 50 years of the DS to the St Quentin en Yvelines 8 October 2005.

the DS platform of the SM2A garage is not a Pierre Tissier creation, but a realization of his boss Jean Michel Gallet. From Tissier it only has the rear wheels recovered from DS Tissier vans, as for the gray card, it is that of a DS van 6 Tissier wheels.
Pierre Tissier has never built a DS chainring with the right chainring, but still tilted, except the prototype in 6 wheels later changed to 8 wheels, then completely rebuilt in the years 80. (Thanks to Mr. Buron 04/11/2019) 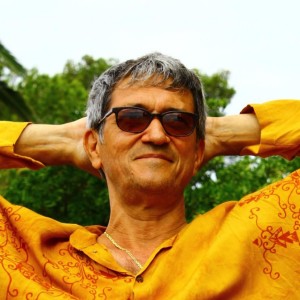 Founder of mm2 France, oto6, then from Sixmania. The 6 wheels and more have always been a passion for me. It started in 1980 thanks to a certain Christian de Léotard, you know ?

This site uses Akismet to reduce spam. Learn how your comment data is processed.